Steven Rinella makes his return to the show this week. We discuss the recent phenomenon of reality tv survival skill shows vs the more likely situations outdoor enthusiasts are actually going to find themselves in. His new book “The Meateater Guide to Wilderness Skills and Survival” is sort of the antithesis to the Bear Grylls version of survival. In that same vein, we dive into some of the more common microscopic issues that hunters and anglers are susceptible to. Many of which Steve has dealt with personally.

Then we shift gears and discuss why the anti hunting community consistently targets the time honored tradition of trapping. How does a lifelong trapper like Steve feel we should stand up against future anti trapping legislation? Plus as fathers of boys who are coming of age as hunters, how have those experiences been? I’m sure we’ll get into some other stuff as well, but that should give you a pretty good idea regarding this discussion. 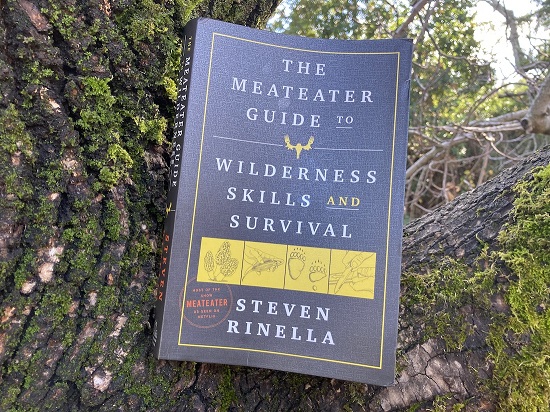 We then head out to the Texas Panhandle with guide Wyatt Willis of Final Descent Guide Service. Lubbock, Texas is known as the sandhill crane capital of the world and I got to experience it first hand last week. Wyatt put us on a 27 bird 9 man limit of Ribeye in the Sky. I’ve shot cranes previously, but never with them lighting in my face over decoys. Wyatt breaks down why the Texas Panhandle holds hundreds of thousands of cranes each winter. We discuss their diet and life cycle and then ultimately how to effectively set up and kill them.

(Wyatt and his dog Koda with a tasty pile of cranes) 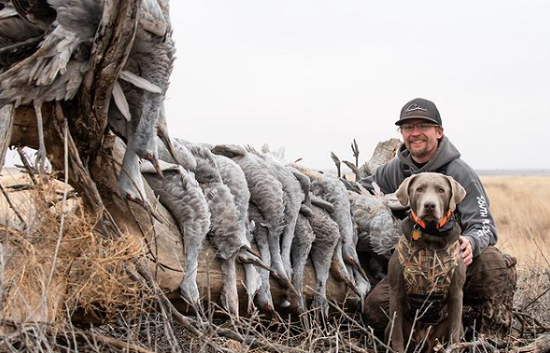