I’ve read the classics from Capstick and Ruark as hunting cape buffalo has long been romanticized by early big game hunters turned authors. To finally experience what they so eloquently describe on paper was a dream come true. A bucketlist hunt of a lifetime with my friends and PH Carl Van Zyl of John X Safaris.

Carl joins me to recap our quest for a proper old bull or “dugga boy” as they’re referred to in their native tongue. To say it was one of the most thrilling hunts of my life would be a gross understatement. Hours upon hours glassing, a 1,400 yard stalk ending up with a 75 yard shot on a reclusive old bull. The amount of damage these animals can take from a dangerous game caliber and well constructed bullet was truly amazing. Certainly the toughest animal I’ve ever hunted.

We discuss the hunt and then our trip to the Carlisle Country School where we dropped off a portion of the buffalo meat. John X Safaris Foundation has been instrumental in keeping this school afloat and also improving the grounds and experience of it’s students. I even got to play a soccer match on the very sports field John X Safaris put in for these awesome kiddos. 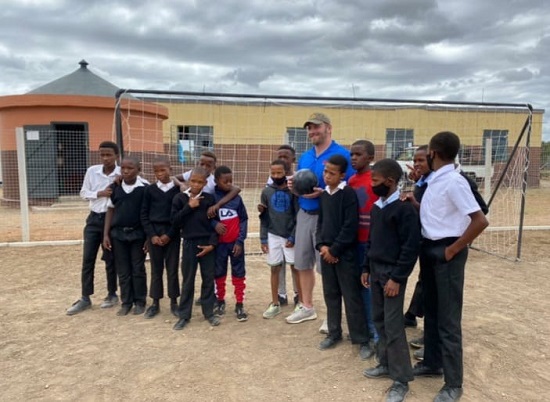 Next, we head to the mountains in search of South Africa’s only antlered species (the rest of their game has horns, which never shed). Fallow deer were introduced by the British over a century ago. We discuss the history of their existence on the Eastern Cape and how prolific they’ve become. The hunting very much reminds me of chasing mule deer in the mountains. Lots of glassing, waiting, and if it works out executing a stalk to get within shooting range. 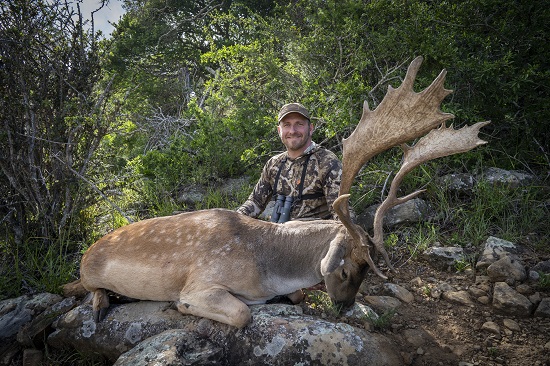