Lionfish (Pterois volitans) aren’t native to the Atlantic Ocean nor the Gulf of Mexico, yet the Pacific Ocean species has taken up residency in those coastal waters and is subsequently wreaking havoc on those marine ecosystems. Without many natural predators in their new environment, lionfish populations have grown in numbers and range. This has resulted in a concerted effort by coastal communities and marine wildlife management agencies to try and remove as many fish as possible.

That is where Captain Tony Young of Dive Young comes into the conversation. The veteran charter boat captain specializes in spear gun hunting out of the Florida Keys. He and his clients routinely target lionfish both free diving and using scuba equipment. His team has become so proficient that they routinely win Lionfish Derby’s where they remove literally hundreds of lionfish in a single day or weekend (426 lionfish taken during the recent Earth Day Derby which easily took home 1st place).

Captain Young gives us the details regarding these predatory fish, where they live, what they eat, what depth they find them at and what they do with them after they kill them. Fascinating stuff with a true conservationist and avid spear gun hunter and seaman.

( a days work removing invasive lionfish…what happens next? Tune in to hear what the Forever Young team does with this tasty invasives) 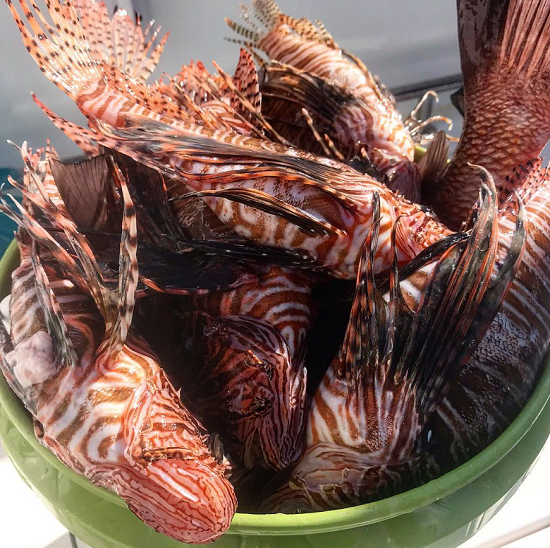 Next, we get the latest from Sportsmen’s Alliance VP Of Marketing Brian Lynn. Specifically, why has the Biden Administration continued to negotiate with The Center For Biological Diversity (known anti hunting organization)? The CBD sued the USFWS over Trump opening up more federal land to hunters ( something every president since George H. Bush has done ). So why is the federal government meeting with this group behind closed doors?

Hunters and conservationists are completely in the dark as to what is being discussed and potentially what rights of sportsmen are being offered up without our knowledge? Brian gives us his take on the situation and why would a U.S. District Court Judge deny the request from Sportsmen’s Alliance, NRA, RMEF and SCI to at least have a seat at the table during this discussions? Remember the hunting personalities and organizations that championed Deb Haaland for Secretary of Interior? Here is your reward. I won’t forget.