Few hunter/conservationists have traveled and hunted big game as much as Blake Barnett (Co-Host of DSC’s Trailing the Hunter’s Moon). On this week’s show we discuss Blake’s most recent international hunt to Australia’s Cobourg Peninsula. There he pursued the elusive Banteng, a feral cattle species that the British introduced to Australia in the 1840s. Originally from the Philippines/Bali, the Banteng herd on the Cobourg Peninsula have remained 99.97 percent pure. Blake compares Banteng hunting to that of Cape Buffalo but in a dense jungle environment. Blake took this old bull with his .375 Ruger while it was moving through a recent burn. 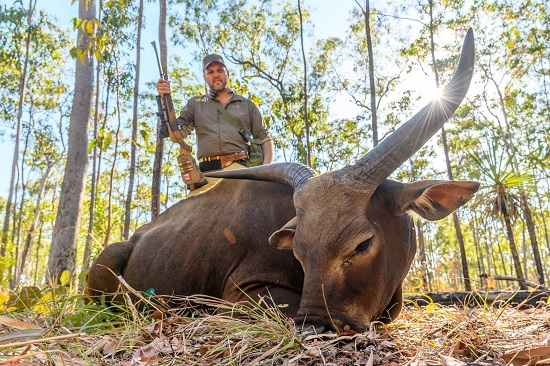 We also discuss the unique ecosystem that exists on the sparsely inhabited and wildly untouched Cobourg Peninsula. He breaks down the dynamic between the local tribe and state government and how they’re working together to ensure the survival of non native herds that exist in the area. From the Banteng to the sambar deer and even water buffalo which Blake also hunted on the trip. 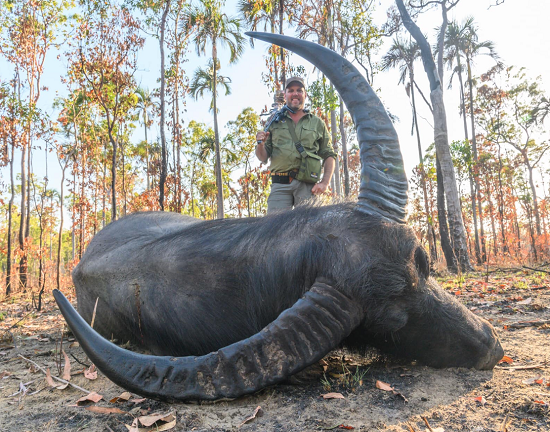 Other things discussed include Blake’s favorite caliber for dangerous game hunting, the future of our hunting heritage in a social media driven climate, international travel with firearms and much more. Blake also had some time to wet a line as their hunting camp was located right off a pristine beach. No idea what kind of fish it it, but it looks tasty. 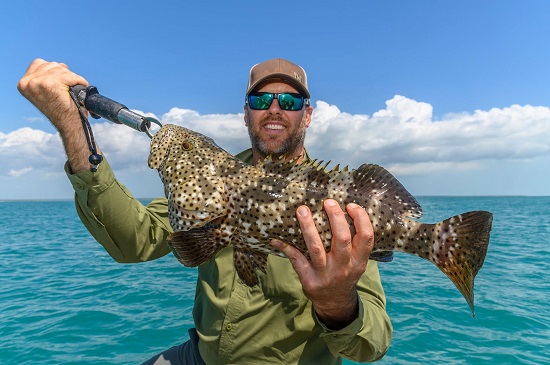