Lifelong hunter and conservation advocate Philip Glass joins me on Episode 555. We discuss his passion for hunting in Africa which ultimately lead to him being a part of the documentary film “Trophy” which was released by husband/wife film makers Christina Clusiau and Schaul Schwarz (Click here for the interview I did with them back in 2017 when the film was released ) a few years back. Philip’s part in the film was essential in portraying the value of sustainable use hunting as a conservation tool. If you haven’t seen the film, I highly recommend it.

Then we get into his leopard hunting saga which would take 40 days over 3 trips to multiple countries. The hunt would culminate in rather unwanted fashion as the leopard they were after ended up charging Philip and his PH who ultimately bore the brunt of the attack. Philip recounts that experience and what it was like having to get his PH to safety in a wildly unknown and unfamiliar place to himself. Pretty intense but it’s the reality of hunting dangerous game.

(Philip and his PH post attack with the leopard) 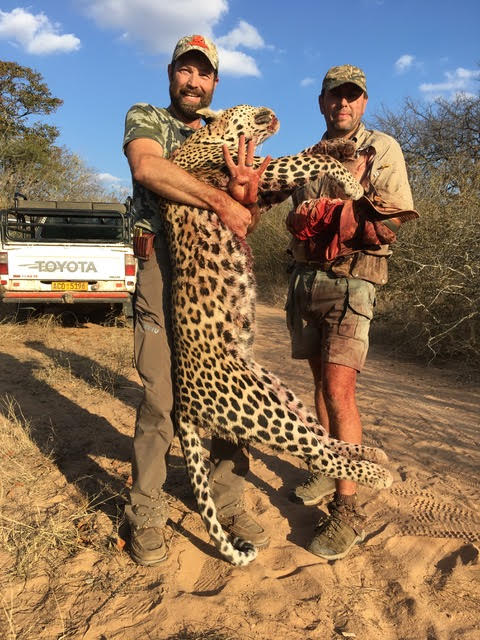 Result of the attack. The PH required multiple surgeries in order to regain movement of his left hand. They say you’re in line for 100 stitches for every second the “spotted chainsaw” is on you. 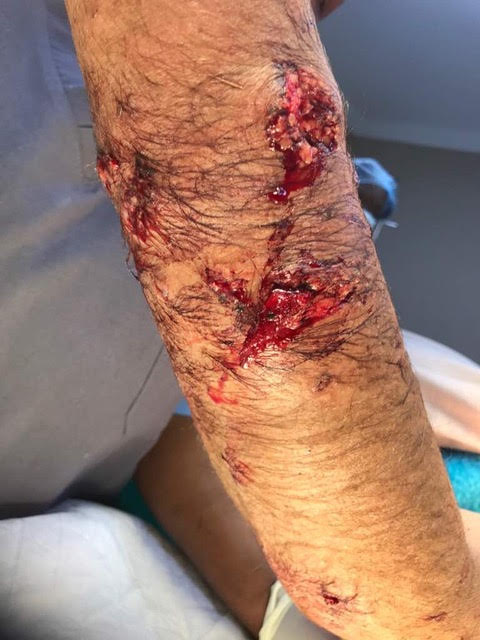